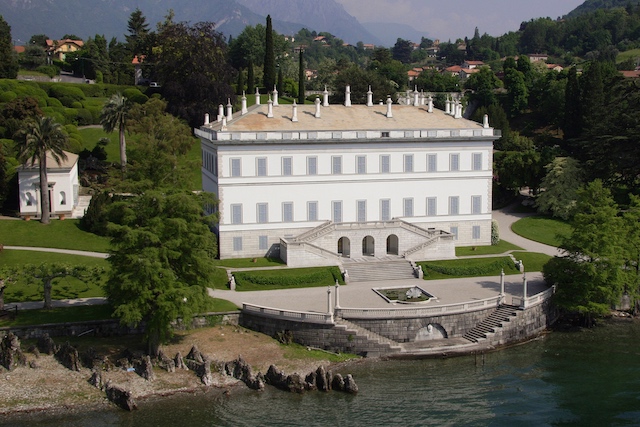 Lake Como's landscapes are considered some of the most beautiful in the world. And with spring in the air, what better way to celebrate than by planning a trip to some of its gardens?

Star Wars lovers, you know the scene. The film is Episode II – Attack of the Clones, the setting is a lakeside terrace where Anakin and Padmé kiss, and the backdrop one of the most romantic views you’ll find on the whole of Lake Como at Villa del Ba... 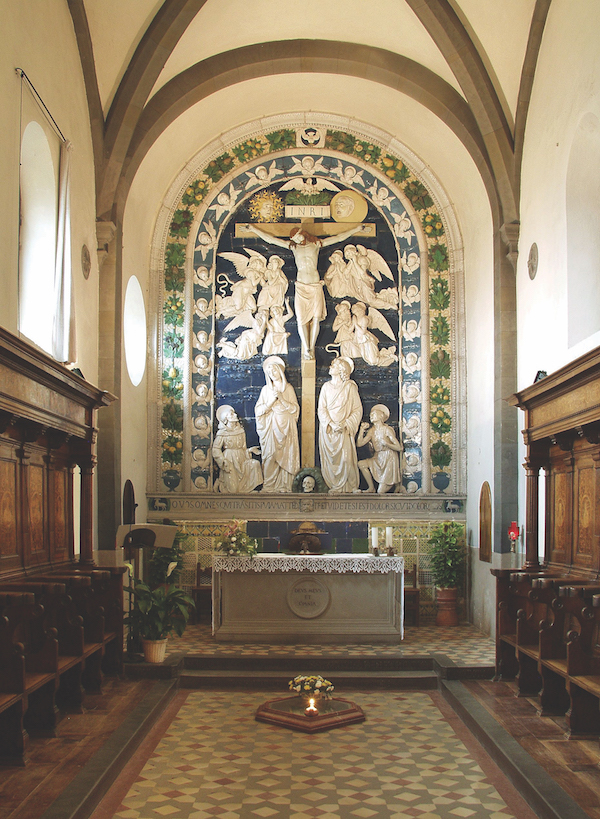 The Sanctuary of La Verna

Rachael Martin shares the story behind this religious site, which is nestled in the hills of Tuscany’s beautiful Casentino National Park
In Canto 11 of Paradiso, the third and final book of his Divine Comedy, Dante speaks of that “harsh rock between Tiber and Arno where he received from Christ the last seal, which his limbs bore for two years”. The “he” Dante speaks of is St Francis of Assisi, and the “last seal” are the stigmata that St Francis received. The harsh rock is the crag on which t... 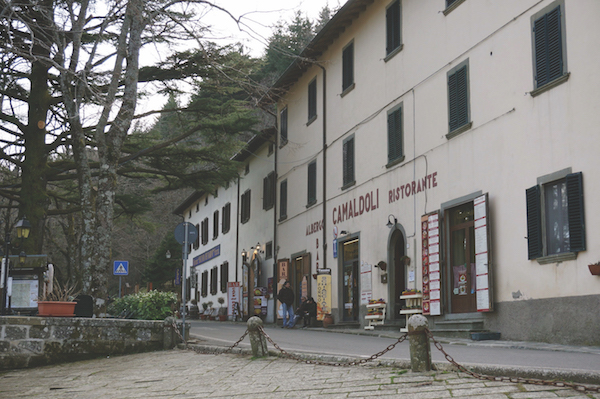 Head for the hills

Travelling far from the bustle of city life, Rachael Martin heads off the beaten track to find peace and quiet in Tuscany’s Casentino National Park
Photos by Rachael Martin unless otherwise stated
Once more, TripAdvisor figures confirm that Tuscany is at the forefront of Italian tourism, and in particular Florence, which comes in after Rome as the second most popular destination in Italy. Of course the problem with these hotspots is that you will certainly not be visiting alone. So what if yo... 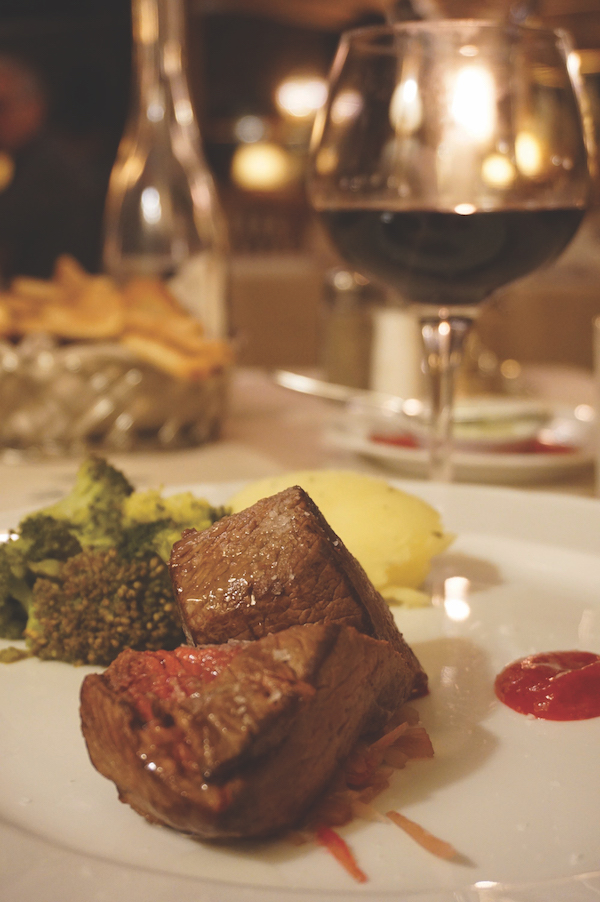 At the foot of Il Bianco

Rachael Martin spends a weekend exploring the alpine splendour of Courmayeur and its environs in the mountainous region of Valle d’Aosta
Photos by Rachael Martin and Auberge de la Maison
What Cortina is to the Dolomites, Courmayeur is to Valle d’Aosta. It’s desirable, often exclusive, with fantastic skiing opportunities right next to the Mont Blanc massif, or Monte Bianco as it’s known in Italian. This spectacular mountain range that straddles three countries – Italy, France and Switzerland –... 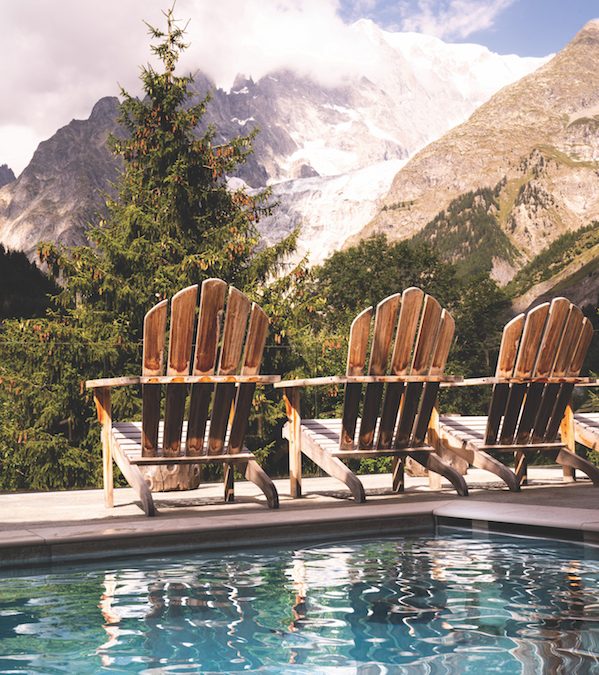 Make the most of your travels with Rachael Martin’s tips and advice for anyone travelling to this spectacular part of Italy…
Photos by Rachael Martin and Auberge de la Maison
What to see & do
The Skyway
The Skyway (left) offers breathtaking and emotional views of Mont Blanc and the surrounding mountains. It’s Italy’s extreme engineering showcase, advertised as the eighth wonder of the world with 360° rotating cabins that take you up to 3,500 metres between the ice and snow of the mountains. I... 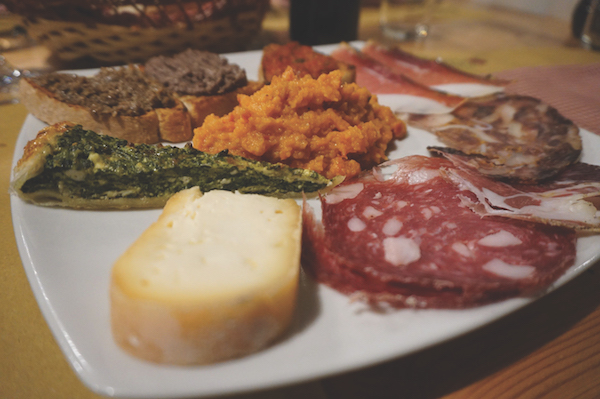 To Arezzo for lunch

Rachael Martin took a road trip from Milan to Arezzo to discover the secrets of this Etruscan town and experience its famous antiques market
Photos by Rachael Martin unless otherwise stated
We were planning our regular Easter break with the kids and we had all agreed that this year we would be going to Tuscany. It was my Italian husband who suggested that we should go specifically to Arezzo.
“Arezzo?” I asked. “Why Arezzo?” It’s not that I have anything against Arezzo, it’s just not the first...

Food is part of the Tuscan identity and the markets here are famous for selling great-quality local produce. So how can you make the most of your Tuscan market experience to get an authentic taste of the region?

Firstly, keep it simple. You’ll find Tuscan flavours to savour even if you just buy a loaf of freshly made bread and some local olive oil to dip it in, a packet of ricciarelli or cavallucci biscuits to share, or a sandwich made with pecorino or caciotta cheese and local salumi (if you...

The symbol of Florence for 1,000 years, the iris graces the city’s coat of arms (although some insist it’s a lily). The place to see this flower, which blooms from late April to May, is at this garden managed by the Italian Iris Society, a multi-coloured spectacle of many old, rare and protected varieties set against one of Florence’s most beautiful views. Some 10,000 varieties are displayed here during the International Iris Competition, in May, which is followed by a... 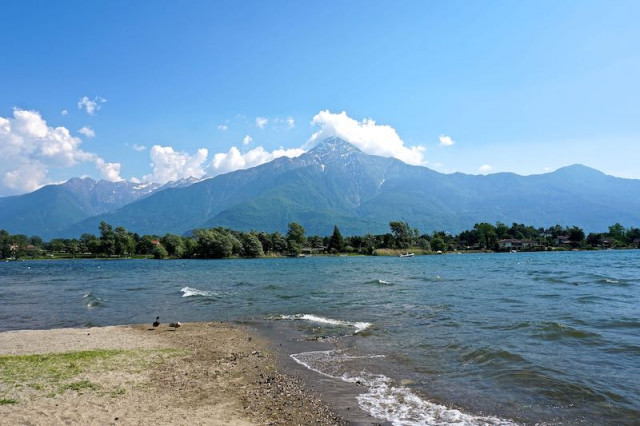 A local's guide to Lake Como

There's more to Como than ritzy villas and celebrities. Head off the beaten path and you'll find a lake for all budgets and all seasons.

Lake Como – Liberty Style villas and gardens, pastel-coloured villages and mountains that plunge down into the lake. Pliny the Younger, Bryon, Stendhal, Goethe, Mark Twain, Gianni Versace and George Clooney all loved or love it.

Yet it’s not just a playground for the wealthy and famous. Get off the usual tourist trail and there are pleasant surprises galore.... 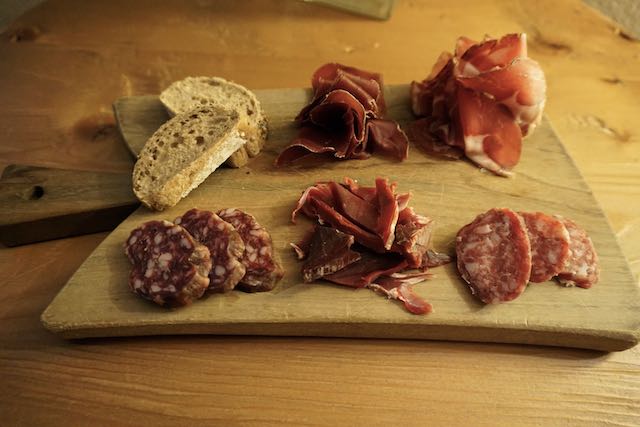 Weekend Wanderlust: Chiavenna, where hospitality is a way of life

A crotto is a type of mountain grotto, and Chiavenna is the lovely mountain town in Valchiavenna, above the northern end of Lake Como, where you can find them.

The name Chiavenna comes from the Latin clavis, key, a reference to the fact that the town lies between three mountain passes: Maloja Pass, Septimer Pass and Spl...

The most mouthwatering Christmas cakes from around Italy

You may know your panettone from your pandoro, but what about other seasonal treats? Read on for a tour of Italy's regional Christmas cakes.
In Milan it’s all about the panettone, literally 'pan de toni' or Toni’s bread. Legend has it that Toni was the kitchen hand at the court of Ludovic Sforza, Duke of Milan. He burnt the cakes for dinner so threw together a type of medieval spiced bread and presented it at court. The court loved it and the panettone was born.
The origins of the pandoro ('p...

Milan once had a reputation for finance, industry, unaffordable fashion and not much else, but more and more visitors are discovering the charm of Italy's second city. Local travel writer Rachael Martin shares her tips for the perfect Milanese minibreak.

Milan is the Italian city with the fastest rising number of tourists, and one of the most visited in Europe. Whether you're taking the train in for the day, visiting for business or stopping off as part of a holiday, here’s how to spend the p...

Just an hour from Rome, the Abruzzo town of Tagliacozzo feels much further back in time. Travel writer Rachael Martin goes in search of its traditions old and new.
Tagliacozzo, a small Abruzzan mountain town in the province of L'Aquila, is built into a crevice that cuts Mount Civita in two. Needless to say, it’s pretty breathtaking. Plus, it's reachable in just less than an hour from Rome.
It has a pretty impressive history. In ancient times, it was populated by the Marsi, an Italic people fa... 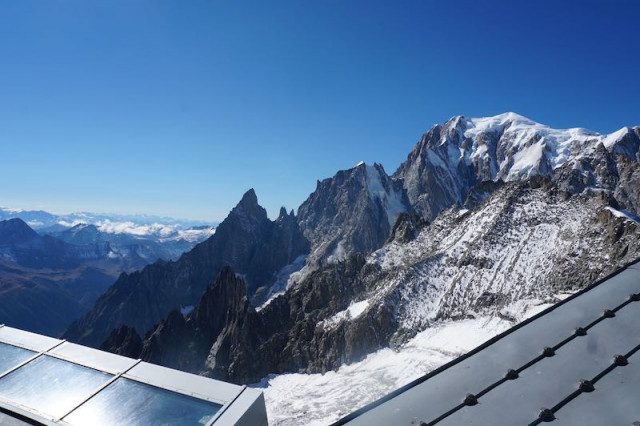 Weekend Wanderlust: Courmayeur, skiing and more in the shadow of Mont Blanc

Courmayeur is rightly famous for its magnificent slopes, but there's more to this mountain resort than skiing. Travel writer Rachael Martin explores all this town at the foot of Italy's highest peak has to offer.
Courmayeur is one of the best-known ski resorts in Valle d’Aosta, the Italian north-western region that borders Switzerland and France. It’s popular with the international set, the Milanese and people from Turin, and has a breathtaking position at the foot of the Mont Blanc massif wi...